Five hundred two-petunia baskets were planted and placed on the ground. They were then watered multiple times using a traveling water boom. Several days later these baskets were moved from the ground and placed on a new OASIS line. The OASIS line was then run for one pass using OASIS precision watering. This pass is referred to as ‘PASS ONE’ in the following documentation.

Immediately after the ‘PASS ONE’ was completed, a second pass was run using OASIS weighing to show the effectiveness of the OASIS precision watering. This pass is referred to as ‘PASS TWO’ in the following documentation.

The following are screen captures of the standard OASIS screens that were automatically generated during these two passes. (The red text box and red arrow were later placed on the charting screens to add description.)

(This screen displays basket information compiled during PASS ONE) 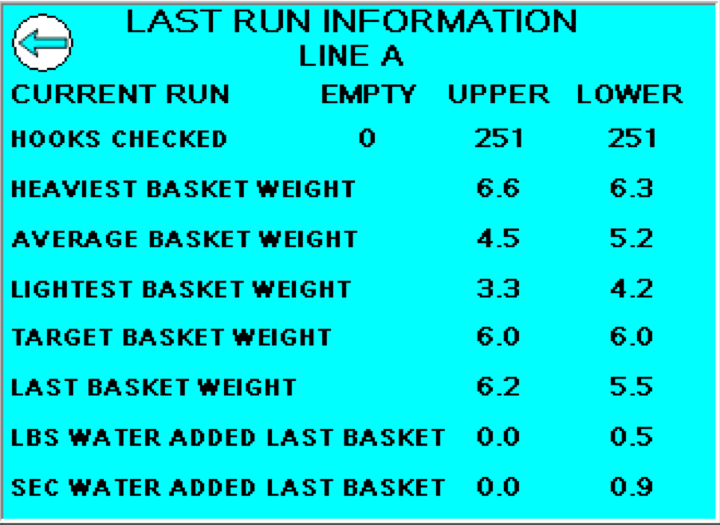 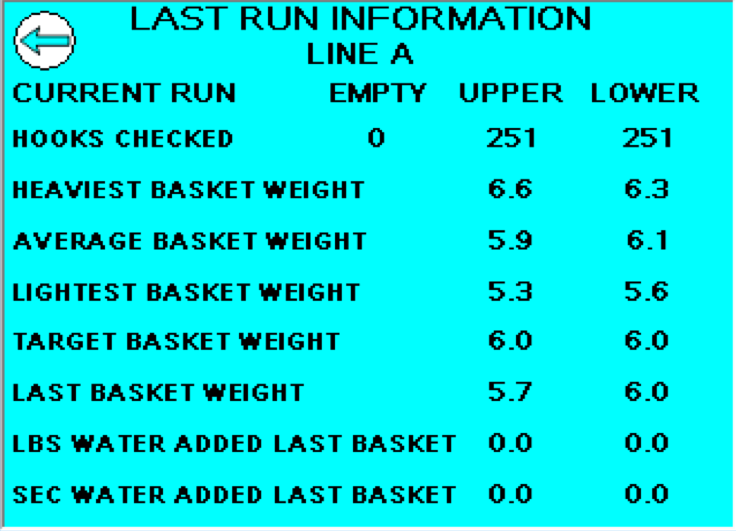 Each point on below chart is the weight of a basket JUST BEFORE it was watered. 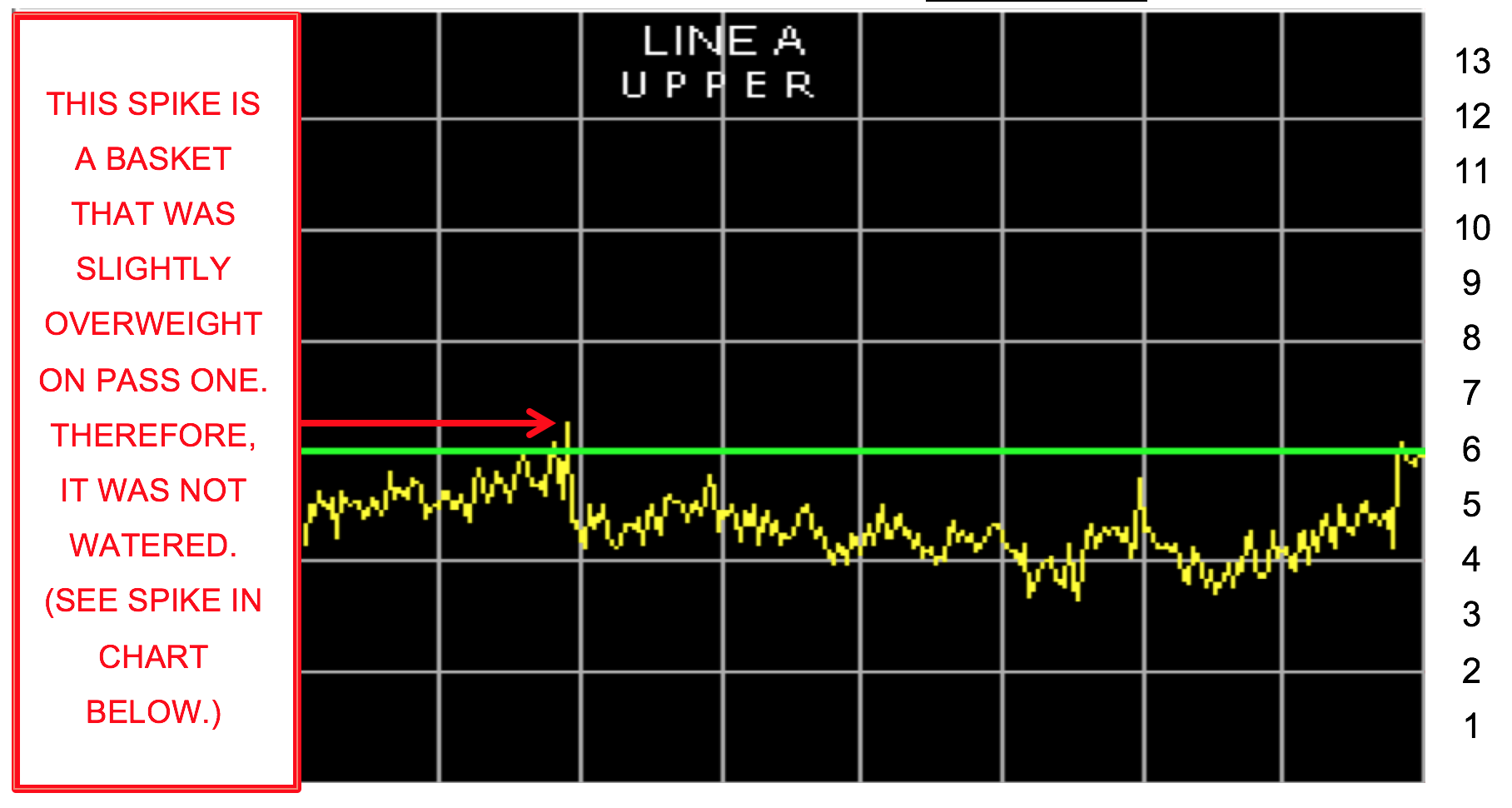 Each point on below chart is the weight of a basket AFTER it was watered during pass one. 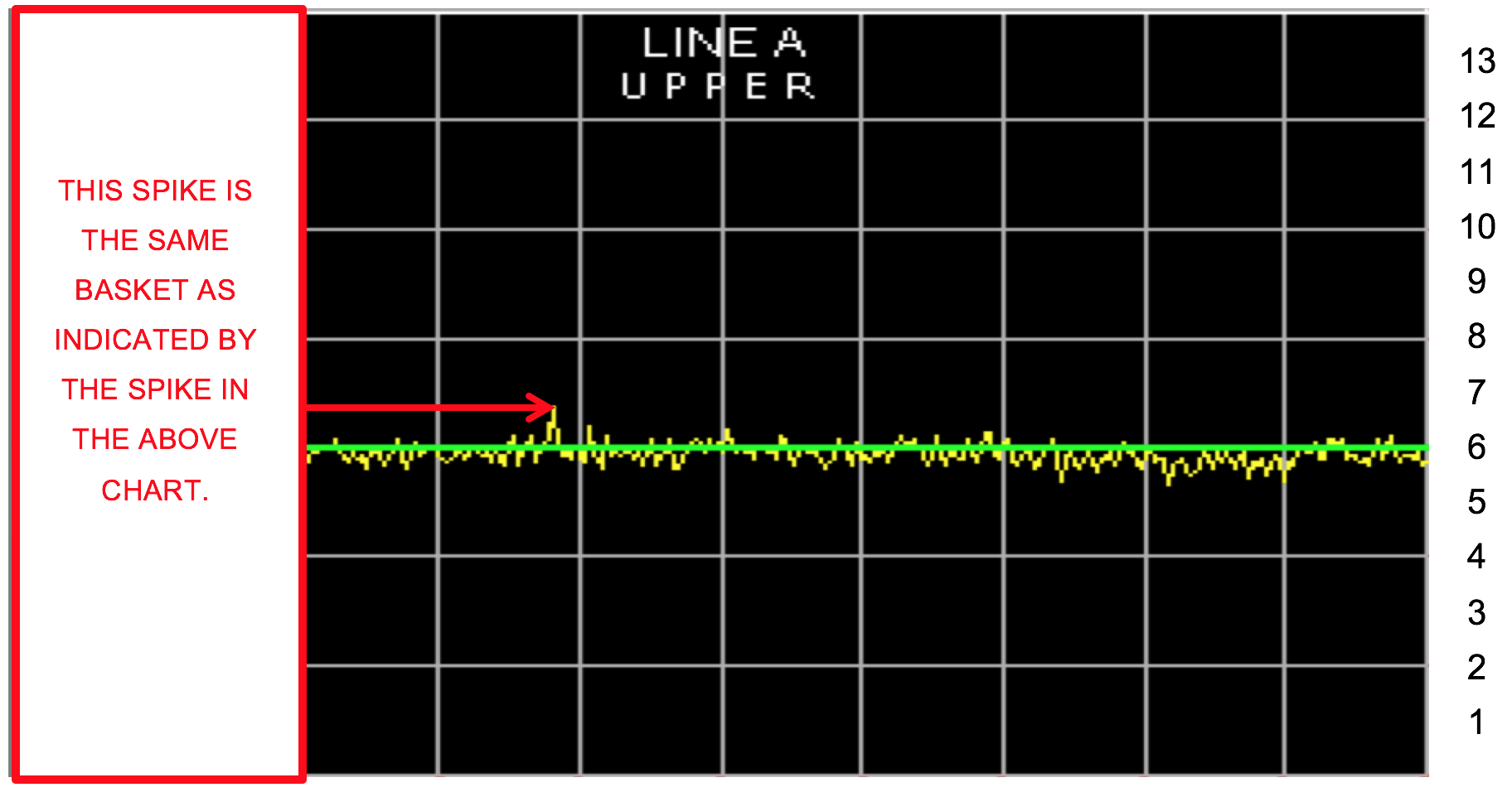 NOTE: The documentation above is typical of the initial two passes when baskets are first placed on an OASIS line.

"The OASIS system is the best by far; it’s flawless."
- Jake Tebos, Grower | Tebos Greenhouses Inc.
“There is water savings, but it’s more that we’re doing the right thing for the environment and for our crops.”
- Hugh Kurtz Jr., Owner/Head Grower | Kurtz Farms
"After a trial of one OASIS at the end of our 2016 season, we installed OASIS on all Echos and Boomerangs in our facility. Now I can't imagine growing without it."
- Jason DeGroot, Owner/Head Grower | Bloemenberg Growers Inc.
“The accessibility of the people at OASIS and the user friendliness of the interface are the two key points for me.”
- Zach Smith, Operations Manager | Hood’s Gardens
"OASIS basket watering systems are worth the investment to ensure product quality, productivity, and reduced stress in my life."
- Dale Buist, Owner | Countryside Greenhouse
"We're extremely happy with the OASIS watering system! It takes the guessing out of watering -- simple and accurate."
- Barry Stiffler, Owner | Barry's Ground Cover
"OASIS by Control Dekk really helped our crop quality by attaining an equal target weight after baskets were hung."
- Kevin van Wingerden, Grower | Pacific Growers
"IT REALLY WORKS!"
- Andy Buist, Owner/Head Grower | Micandy Gardens
"The baskets using OASIS are absolutely beautiful and noticeably stunning. You'll see a noticeable difference in your crop guaranteed."
- Zach Smith, Operations Manager | Hood's Gardens
"Quality has improved for baskets as well as for our floor crops underneath -- I am really enjoying this system!"
- Evan Schnabel, Head Grower | Hood's Gardens

LET US CREATE A CUSTOM AUTOMATED WATERING SOLUTION FOR YOUR GREENHOUSE

While we can’t be all things to all people, we’re committed to making our system work for you and providing top-notch customer service along the way.

Get a Custom Quote